Maureen Denise McCormick is an American actress, singer and author. She portrayed Marcia Brady on the ABC television sitcom The Brady Bunch, which ran from 1969 to 1974, and reprised the role in several of the numerous Brady Bunch spin-offs and films, Maureen McCormick has appeared in The Amanda Show as Moody’s mom in the Moody’s Point segment. McCormick also appeared in The IdolMaker (1980) as well as a wide range of other supporting film roles. In the 1980s and 1990s, she ventured into stage acting, appearing in a variety of different roles and productions such as Wendy Darling in Pete Pan and Betty Rizzo in Grease.

McCormick also had a brief career as a recording artist, releasing four studio albums with the Brady Bunch cast as well as touring with them. Her only release as a solo artist to date is a Country Album album, When You Get Little Lonely (1995).

Since the 2000s, she has appeared on several reality television series such as VH1’s Celebrity Fit Club, CMT’s Gone Country

(VOTE) Which Is The Most Grooviest Photo of Marcia Brady?

Leave Your (VOTE) in the Comments Section

It appears that Maureen McCormick, the actress who played Marcia Brady on “The Brady Bunch” wasn’t the same character in real life. In her new memoir, “Here’s the Story,” McCormick discusses the many battles she faced with drug addiction, depression and sex.

From the Associated Press:

Fans of “The Brady Bunch” know Maureen McCormick as Marcia Brady, the wholesome older sister on the classic sitcom about a blended family. But in her new memoir, “Here’s the Story: Surviving Marcia Brady and Finding My True Voice,” the actress writes of her romance with TV sibling Barry Williams, who played Greg Brady, dates with Michael Jackson and Steve Martin, and her many addictions.

Things became hot and heavy while McCormick and Williams were filming episodes in Hawaii.

“We couldn’t hold back any longer,” she writes in the book published by William Morrow. “It was our first kiss, and it was long…

Love to Love You Bradys Is The Bizarre Story of The Brady Bunch Variety Hour is an in-depth look at the most disastrous offering in television history brought to you by Cindy Brady herself, Susan Olsen. In this colorful, glitter-filled retrospective.

The Brady Bunch Hour made its debut in January of 1977, Featuring every member of the original cast except Eve Plumb (Jan), who was replaced by Geri Reischl

“I think it’s definitely an important part of our history because it was so campy. It was so kitschy, and unbelievably unforgettable! ”Maureen McCormick” (Marcia Brady)

Greg is making a movie about the Pilgrims for his history class. Pretty soon all of the adults in his house take over writing the screenplay. Greg’s pretty pissed about it and I guess fails to see that he’s getting away with not doing his homework and also not getting in trouble. 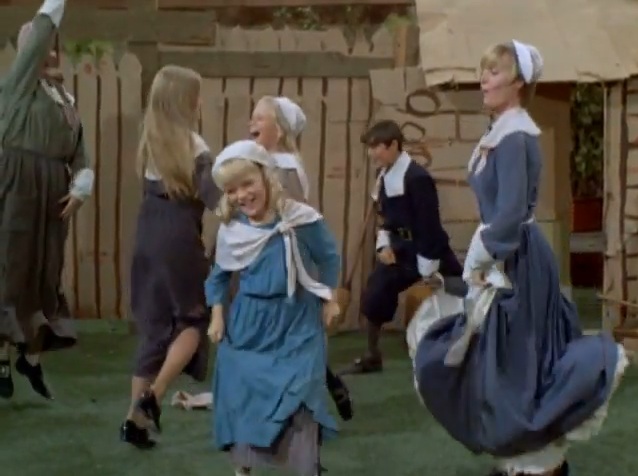 It’s only a matter of time before the entire production is out of Greg’s hand. Carol wants to dress all of the girls in color because of the color film, even though Greg insists that pilgrims only wore black and white. All of his sisters demand the same part and say they won’t be in the movie unless they’re cast as the lead “Priscilla.” Bobby and Peter are pissed that they’re forced to play pilgrims, when they would much rather play racially stereotyped braves. 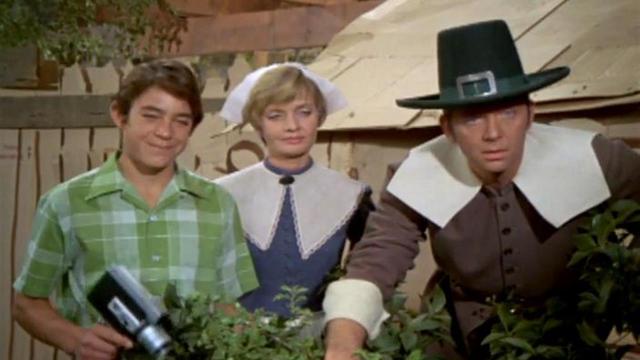 Greg kind of freaks out but like in a really Brady-fashion. And his awesome… 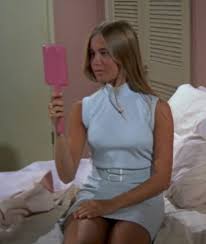 Today I Am A Freshman

Marcia starts high school but tries too hard to become popular. Hope you enjoy the script.

(The episode begins with the boys sleeping and then the alarm clock goes off. Greg turns it off and wakes up the other guys.)

Greg: Okay, you guys, up and atom. (They take their time getting up) Come on, it’s the first day of school.

Bobby: Yeah, we’re gonna be locked up for the rest of the year.

(Peter gives him a sneering look.)

Greg: Ah, look on the brightside, only 111 more days till Christmas vacation.

(Someone throws a pillow at him. We next see Jan brushing her teeth and…

Here's The Story: Every Episode of The Brady Bunch Reviewed

Hello again readers, family and friends!  Thank you for joining me today to review “Amateur Nite”.  Of all the episodes where the kids sang and danced, this one seems to be the most remembered.  “Adios, Johnny Bravo” is also an infamous showbiz Brady story, but that one primarily focused on Greg.  “Amateur Nite” is a fun episode with a pretty solid story.  It features two well known Brady tunes.  Let us “keep on, keep on, keep on” and begin reviewing “Amateur Nite”!

The story opens in a department store. There is a large sign that reads SILVERWARE.  At first glance, I thought this store was very proud of the spoons, forks and knives being sold.  However, a bit of research revealed that any food serving device made of or covered in silver falls under the category of silverware.  Jan is at the store to pick up a silver platter the kids ordered…

Marcia has a date with star quarter-back, Doug Simpson. But oh no, she has a date for Saturday with Charlie as well! Whatever will she do? It’s so hard to be Marcia. 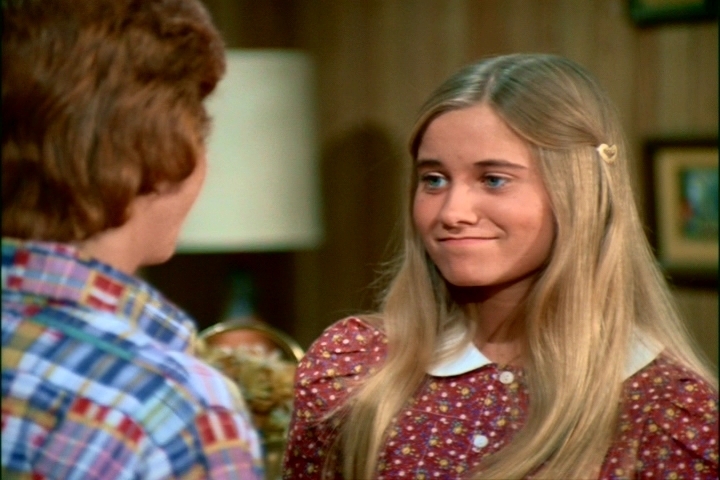 Well, if Mom and Dad Brady had taught Marcia about the right thing to do, she would keep the date with Charlie. She could also tell Doug that she was so excited to go to the dance with him that she totally forgot about Charlie. This means she’s going to a. keep the date with Charlie like she should and b. flatter the hell out of Doug even though she’s canceling on him, which means he’s definitely going to ask her for a rain check.

Bam, I solved this problem and we could end the episode in four minutes. But no, Marcia decides to be a jerk instead. Greg tells her to tell Charlie that “something suddenly came…

The Brady Bunch: The Subject Was Noses